ACO Sonic Spark programs help students fulfill their potential through engagement with the creative arts and performing music. In schools, in collaboration with some of New York’s most impactful arts programs, and in private group study, we make composition into a platform for creativity, and creativity is a platform for achievement in all areas.

To use composition as a platform to unlock students’ creativity, producing opportunities for achievement in the arts as well as academic and social advancement.

For 40 years, we have worked with over 25 schools and reach an estimated 2,000 students annually. Our mission is to develop creative minds and open a pathway to creative careers with an emphasis on all groups and voices that are essential to the American story.

The Compose Yourself program has opened my mind to new ways to interpret and listen to music. 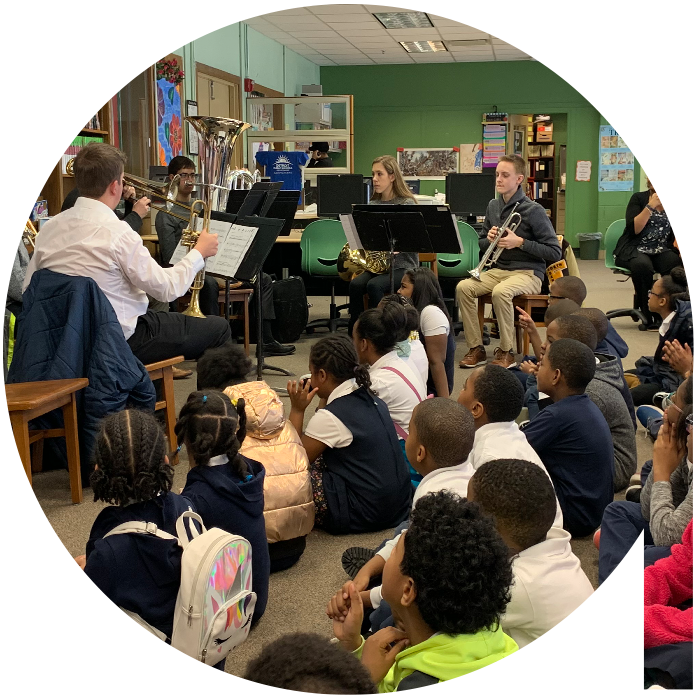 A hands-on, project-based program that teaches students to engage with their creativity, to use curiosity to grow their imagination and to build an idea from just a spark to artistic realization.

Available to SCHOOLS or to INDIVIDUALS via “outside of school time” classes hosted by ACO.

Classes engage students with active music-making, whether through song, percussion or other instruments. Taught by a dedicated team of accomplished professional Teaching Artists, this school-based program is customized to enhance and magnify the educational and social objectives of your school and .

NOT A SCHOOL? All ACO programming is available to after-school programs and other social service organizations.

For high school age musicians who want to compose their own music. Classes help young composers develop their creativity and learn professional standards in a supportive, hands-on environment.

This program has a strong record of preparing students for the rigors of college and beyond.

PRINCIPALS, TEACHERS, AND SERVICE ORGANIZATIONS:
Click the button below for more information, including case studies, a look at our partners, and quotes from parents and principals.

Learn how ACO programming will benefit your students and amplify your mission!

PARENTS AND STUDENTS:
Sonic Spark Lab and Compose Yourself! classes are forming now!

Click here for more info and to register for the upcoming semester! 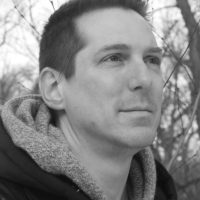 Known for the breadth of his palette and original concepts, the music of ACO Education Director, Kevin James, ranges from the gospel-inflected to the microtonal, from works for young singers to improv orchestras, with and without electronics, from the raucous to the sublime.

New York Times critics named the works of his Vanishing Languages Project among the “Best of 2013… as haunting as they were riveting”. The project received a feature story on the syndicated PRI program, The World, and Chicago Classical included the first of the works among its “Top Ten Performances of 2011”. More recent commissions include a work for Quintet of the Americas, focused on the collision of natural and urban environments in Rockaway, Queens, his Guerrilla Fanfare, a headlining event for Make Music festivals in New York and Chicago, and a work for Mivos String Quartet and Mantra Percussion using surround audio drawn from field recordings of the howler
monkeys of Ometepe Island in Nicaragua.

Kevin has been deeply involved in education throughout his career, including over 60 university guest artist residencies. His work with younger students began through his selection for the prestigious Meet The Composer/New Residencies Program, which placed him in partnership with Coalition for the Homeless and the NYC Police Athletic League, where he served for 8 years as the Director of Arts Learning prior to joining the team at ACO. During that time and since, Kevin has been an influential voice in world of arts education, designing and initiating programs, serving on expert panels, and consulting on behalf of educational groups large and small throughout the US.

Amazon donates 0.5% of the price of your eligible AmazonSmile purchases to ACO. Go to smile.amazon.com. 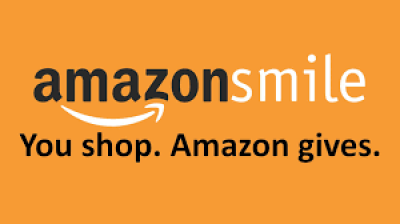