ACO exists to inspire, develop, support and build the art of American composers seeking to create new orchestral music. For over 40 years, we’ve worked with and celebrated composers such as Philip Glass, Ellen Taaffe Zwilich, Joan Tower, and George Lewis, and more recently Paola Prestini, Du Yun, Alex Temple and Matthew Aucoin. We have premiered over 350 pieces at venues across NYC including Carnegie Hall, Rose Theater at Jazz at Lincoln Center, and placed these works with esteemed orchestras nationwide. We are dedicated to promoting diversity and representing all the voices and views that reflect America today.

Please note: ACO is transitioning 40+ years of data.The current archive is not yet comprehensive. To see a full list of ACO Composers, please click here. 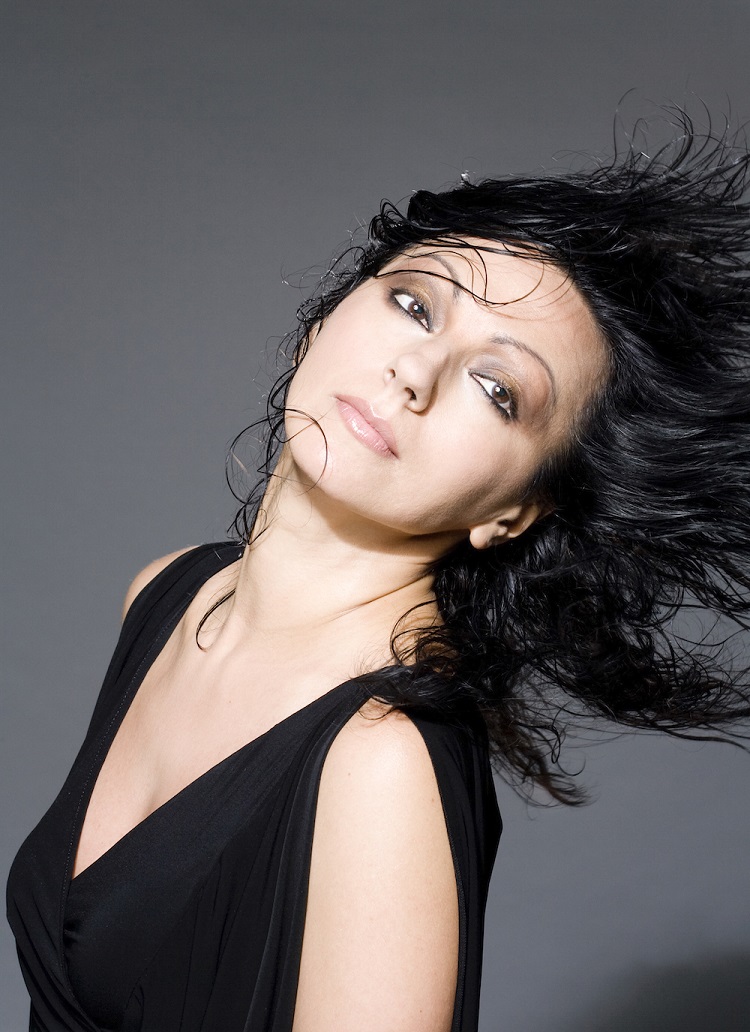 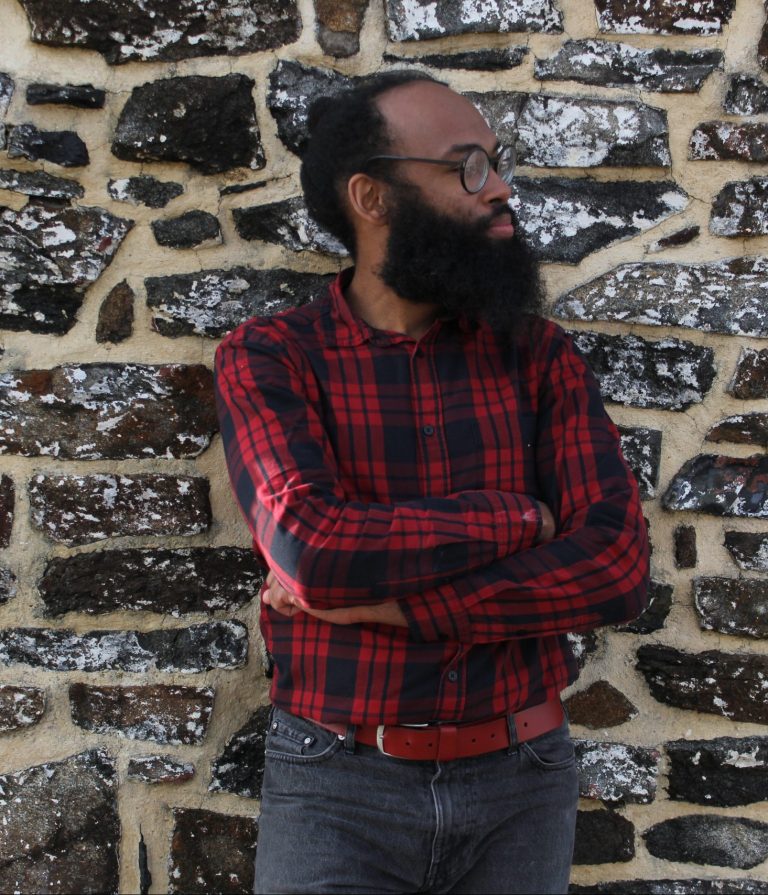 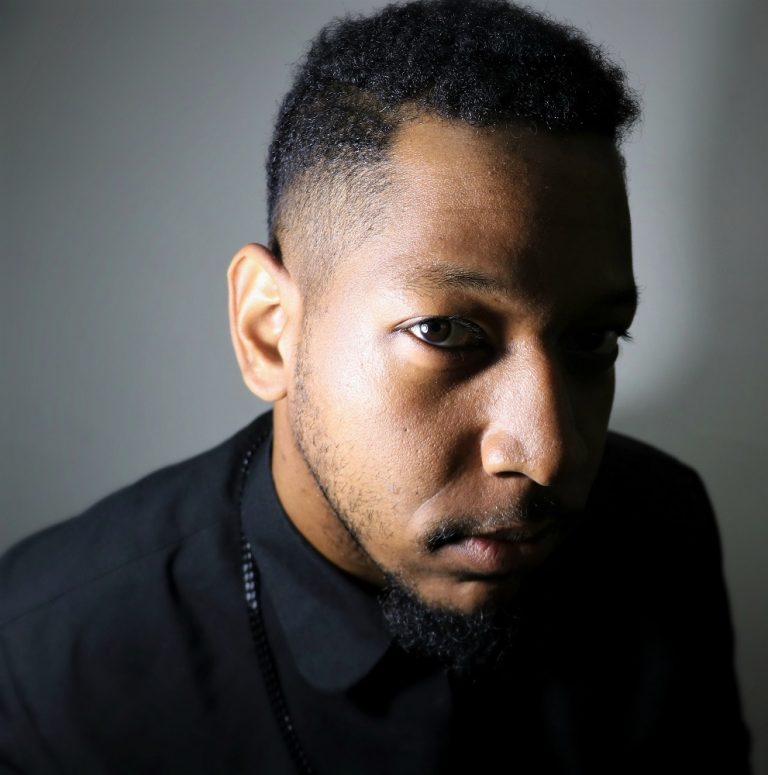 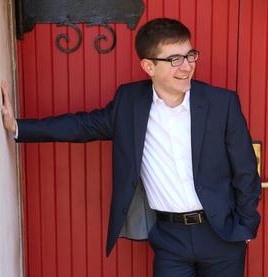 For all his singularity, the Yankee maverick Charles Ives is among the most representative of American artists. Optimistic, idealistic, fiercely democratic, he unified the voice of the American people with the forms and traditions of European classical music. 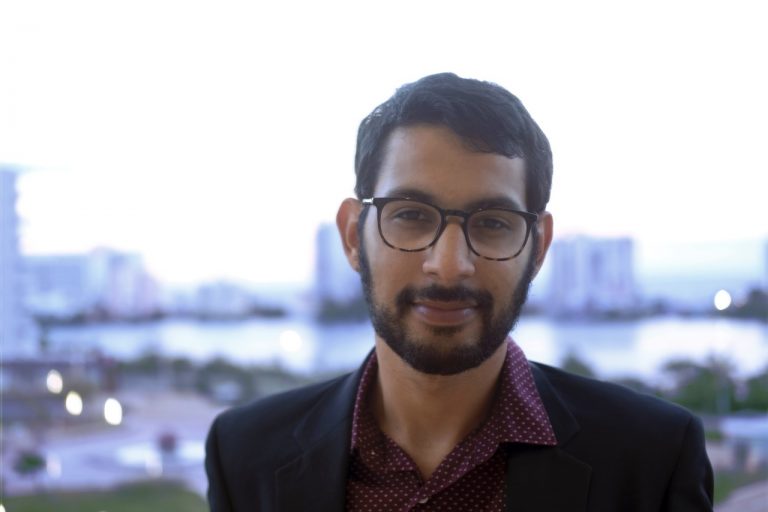 Christian Quiñones is a Puerto Rican composer whose music explores concepts like cultural identity and minorities within society, literature, and poetry.

Christopher Cerrone is internationally acclaimed for compositions characterized by a subtle handling of timbre and resonance, a deep literary fluency, and a flair for multimedia collaborations. 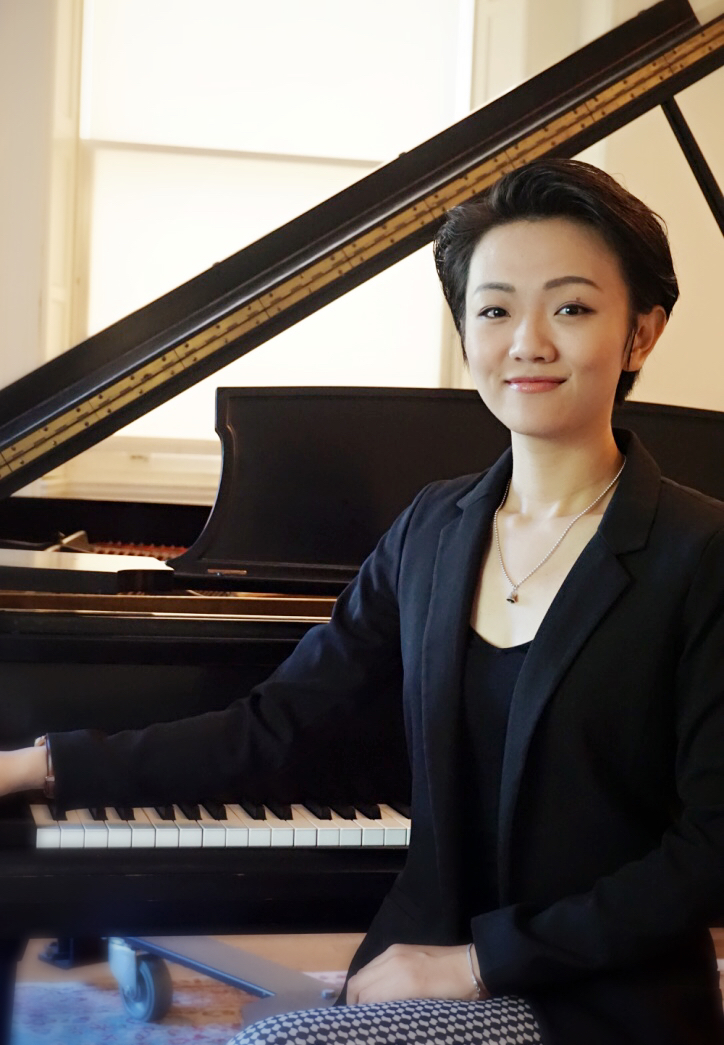 Dai Wei is originally from China. Her musical journey navigates in the spaces between east and west, classical and pop, electronic and acoustic, innovation and tradition. 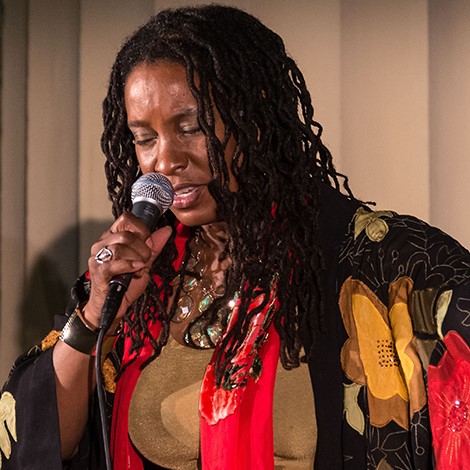 Dawn Norfleet is a Los Angeles-based flutist, vocalists, and composer whose eclectic influences include traditional and contemporary jazz, Stevie Wonder, and Claudio Monteverdi. In 2016, her first orchestra work was selected for the Jazz Composers Orchestra Institute’s New Music Readings series by the American Composers Orchestra, in New York City; the piece was performed by the Bloomington (IN) Symphony Orchestra in February 2020.

Dr. Norfleet’s academic and musical journey began in the Los Angeles area, where her musical talents were nurtured by a musical family and local public school music programs. At Wellesley College, she became intrigued by early Italian Baroque vocal polyphony, chromatic music, and the power of music to effect societal change. She also discovered jazz composition and South Indian rhythms during a year at Wesleyan University. she attended Columbia University’s Graduate School of Arts and Sciences, first earning an M.A. in music composition and a Ph.D. in ethnomusicology. Fascinated by the improvisational aspect of “underground” hip-hop world, she chose this topic for her doctoral dissertation. While still a graduate student, Dr. Norfleet also discovered the Big Apple’s vibrant jazz scene. There, she began her musical career among other respected jazz musicians of her generation, including renowned pianists Vijay Iyer and Andy Milne.

Eventually, Dr. Dawn returned to her Southern California hometown to immerse herself in the Los Angeles. She has performed and recorded with jazz saxophonist, Kamasi Washington, and at numerous venues as a bandleader. As a music educator, she presented workshops in African American music for The Music Center, Skirball Cultural Center, and Grammy Museum. She has also performed duo concerts accompanied by Andy Milne at Colorado College, Lewis and Clark College, Wellesley College, and University of Virginia. She taught courses in African American music at Colorado College, CSU Pomona, and UC San Diego, lectured at Occidental College, and was a Scholar in Residence at Grinnell College. She currently teaches African American music and jazz at University of California, Irvine. 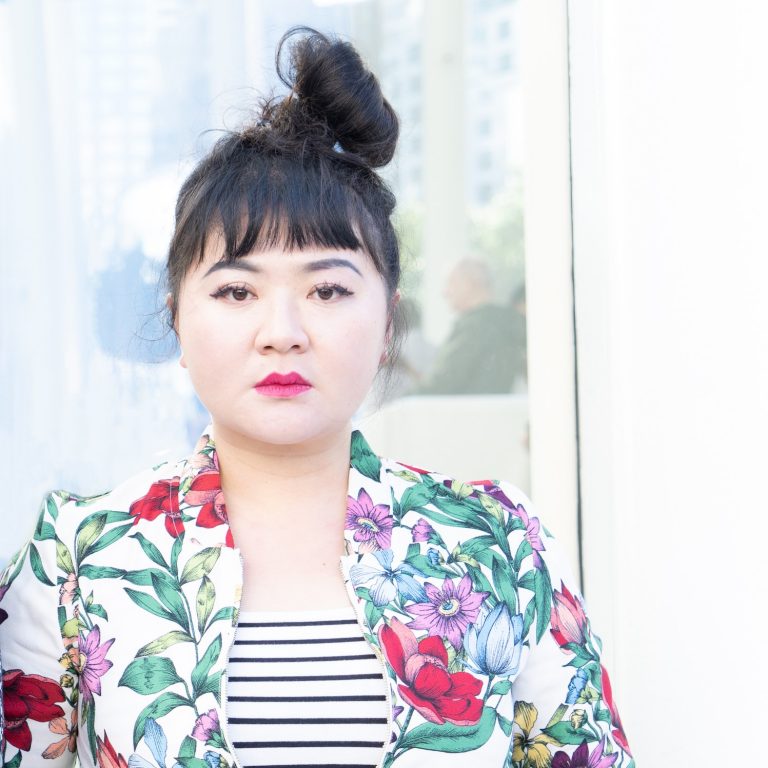 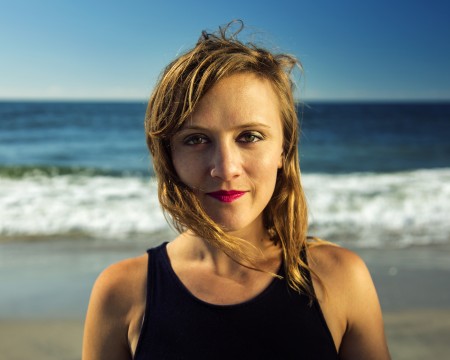 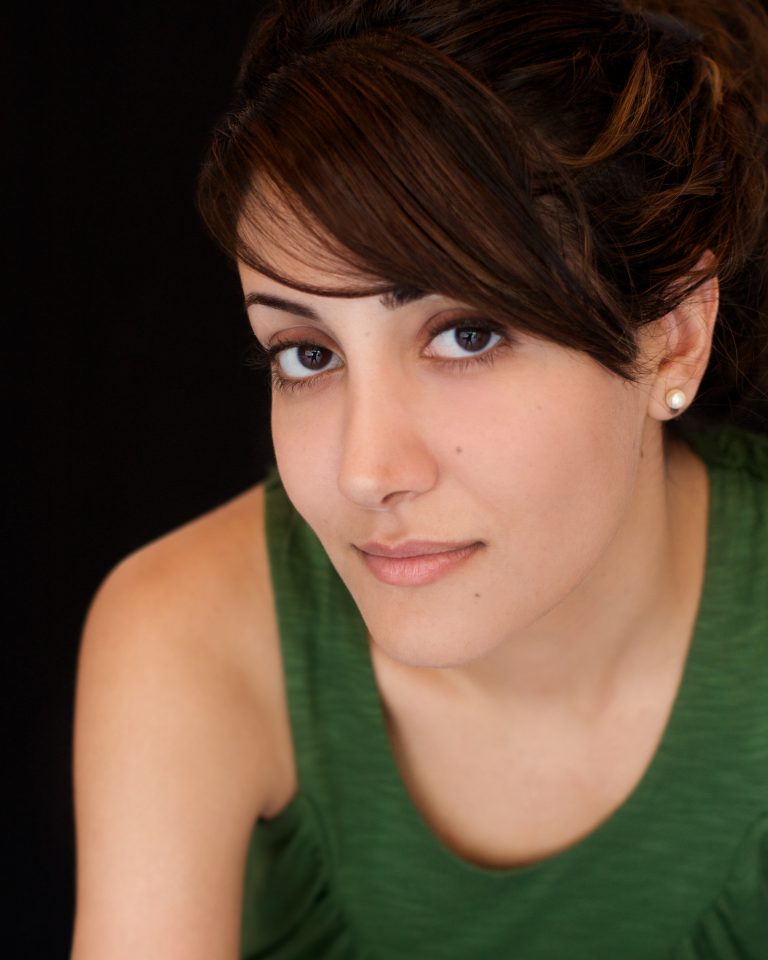 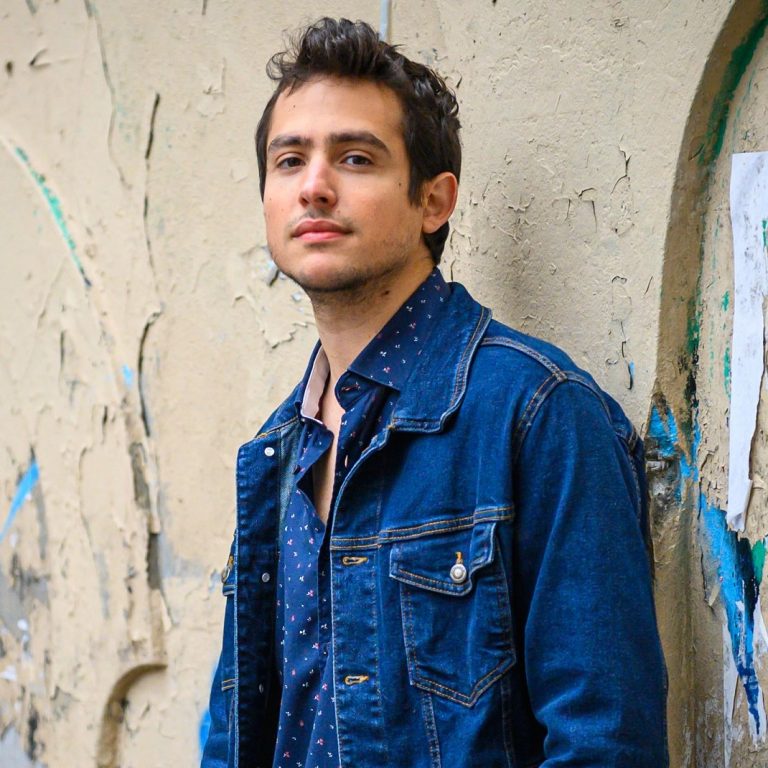 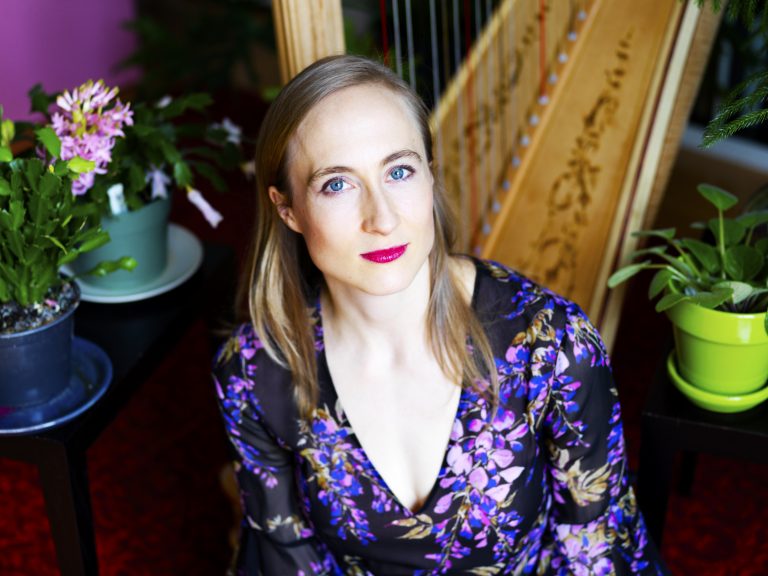 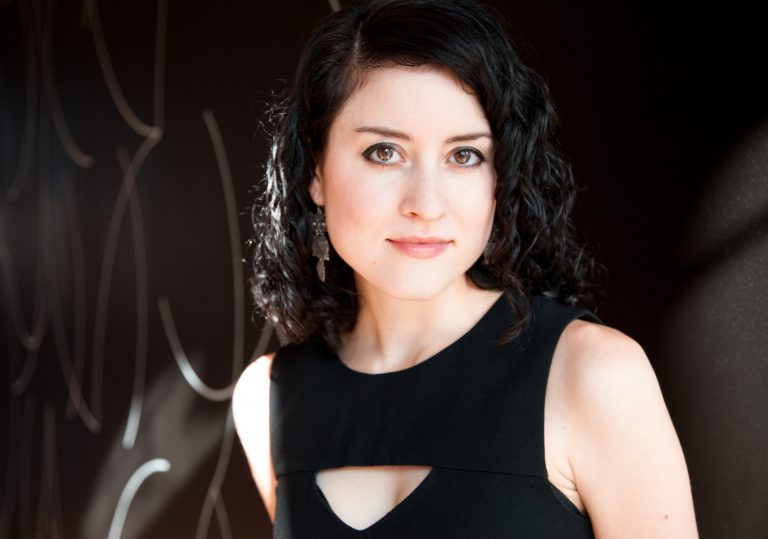 Hilary Purrington is a composer of chamber, vocal, and orchestral music. Her work has received recognition from the American Academy of Arts and Letters, ASCAP, the International Alliance for Women in Music, and the National Federation of Music Clubs (NFMC), among others. 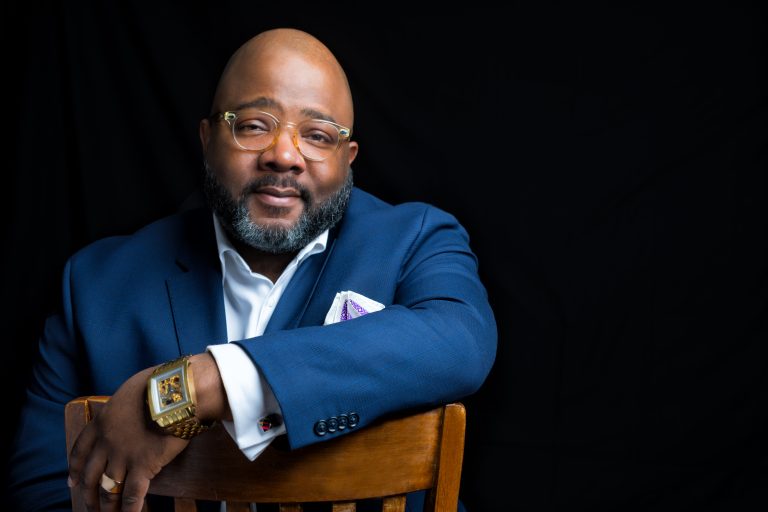 A native of Flint, MI, composer Jonathan Bailey Holland’s works have been commissioned and performed by orchestras and chamber ensembles across America. 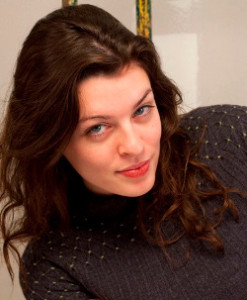 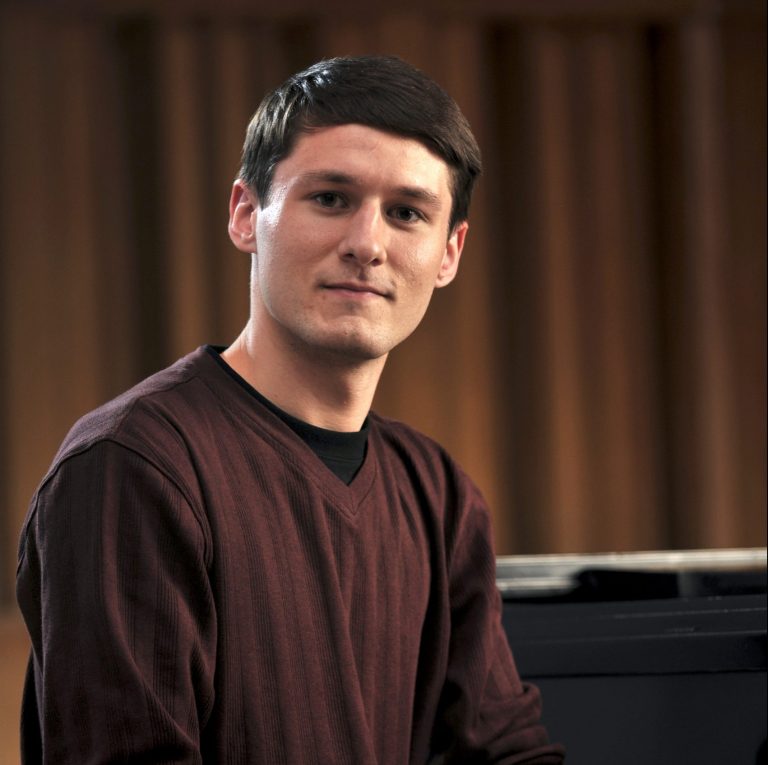 Described as “a hugely prolific musician with a wide variety of skill sets” (newmusicbuff.com), Keane Southard is a composer and pianist who believes deeply in the power of music to change how people think, feel, and act, and that it can be a catalyst for positive change in the world. 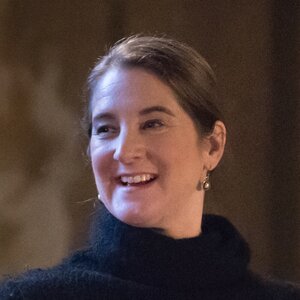 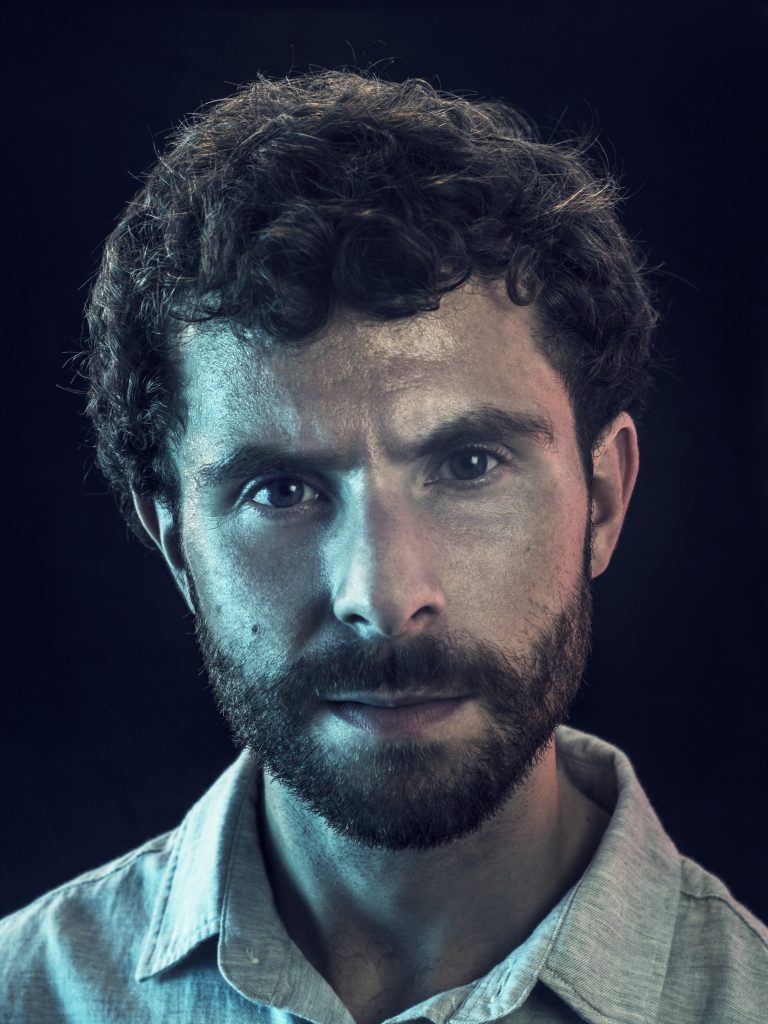 Matthew Aucoin, a 2018 MacArthur Fellow, is an American composer, conductor, pianist, and writer. His oeuvre as a composer extends from solo piano to chamber and orchestral music to opera. 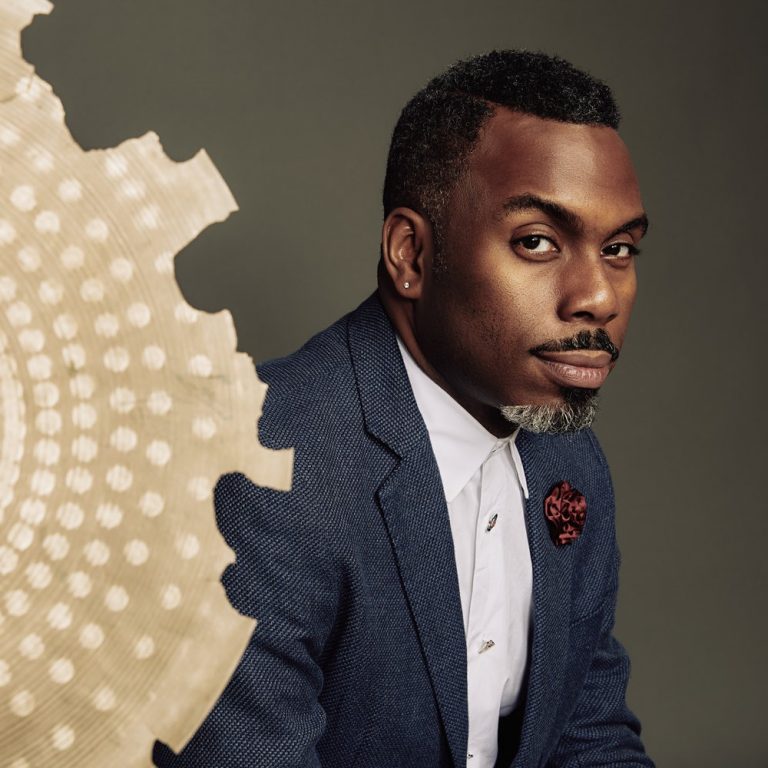 For nearly two decades, Nate Smith has been a key piece in reinvigorating the international music scene with his visceral, instinctive, and deep-rooted style of drumming. 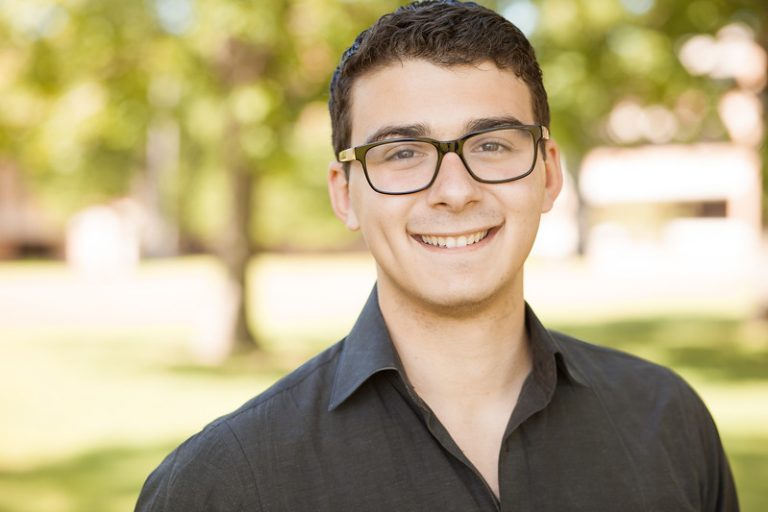 Paul Novak writes music that is lyrical but fragmented, exploring the subtleties of instrumental color and drawing influence from literature, art, and poetry. 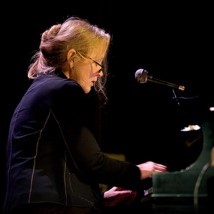 Pianist, composer, librettist, singer and songwriter Robin Holcomb has performed internationally as a solo artist and the leader of various ensembles at venues across the world. 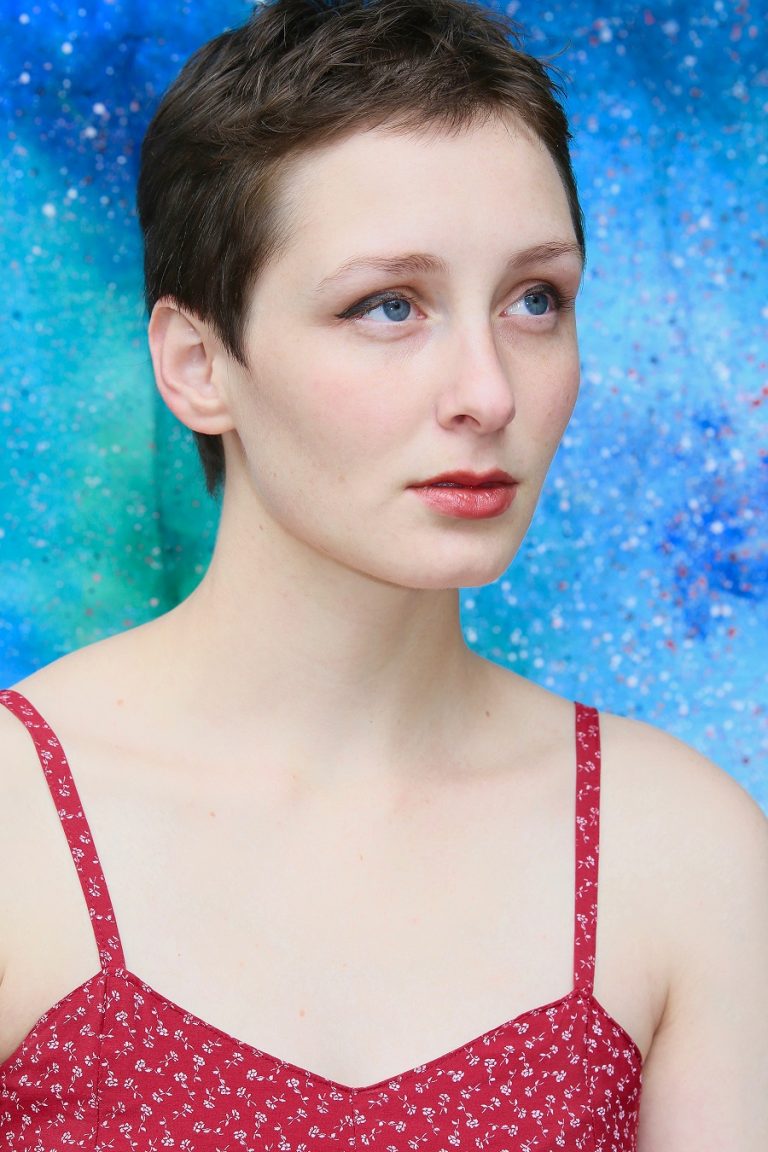 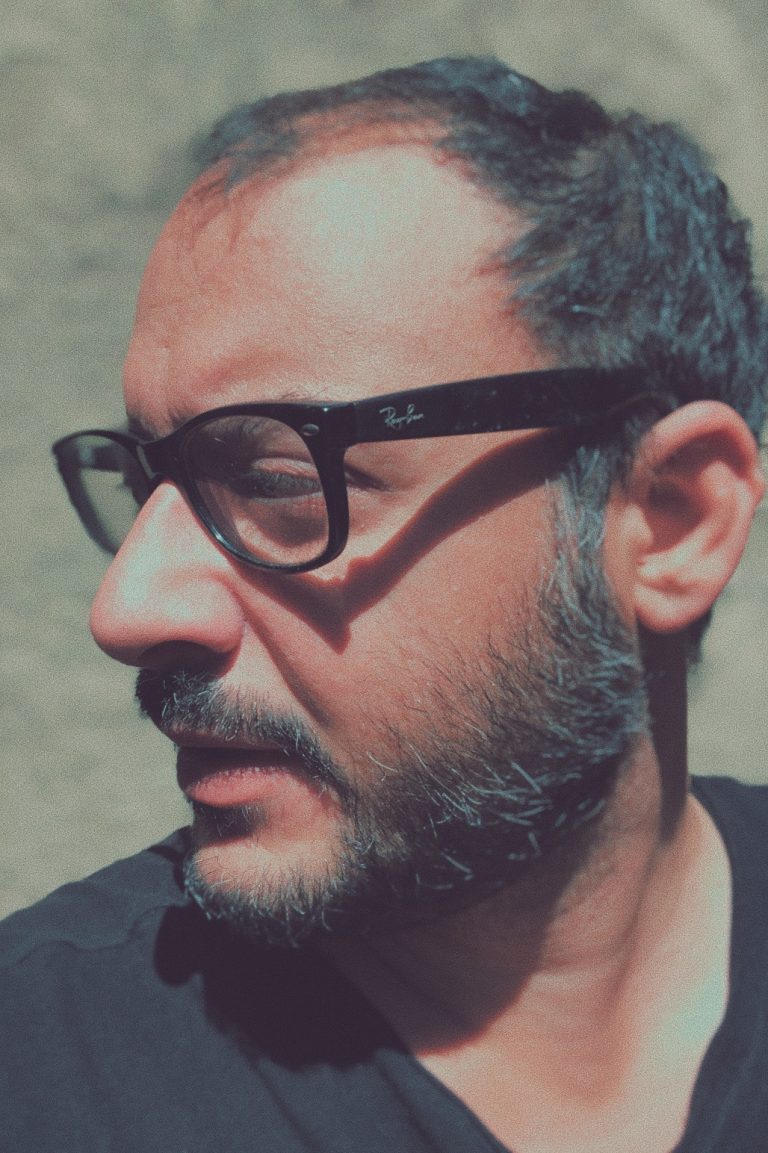 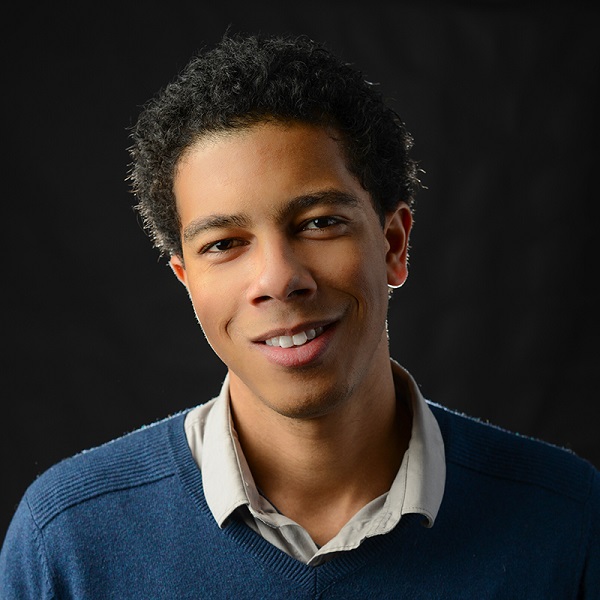 Yvette Janine Jackson is a composer of electroacoustic, chamber, and orchestral musics for concert, theatre, and installation. Building on her experience as a theatrical sound designer, she blends various forms into her own aesthetic of narrative soundscape composition, radio opera, and improvisation. Her works often draw from history to examine relevant social issues.

To preserve and promote new American Music, we assemble and maintain an extensive video and audio archive of the works we perform.