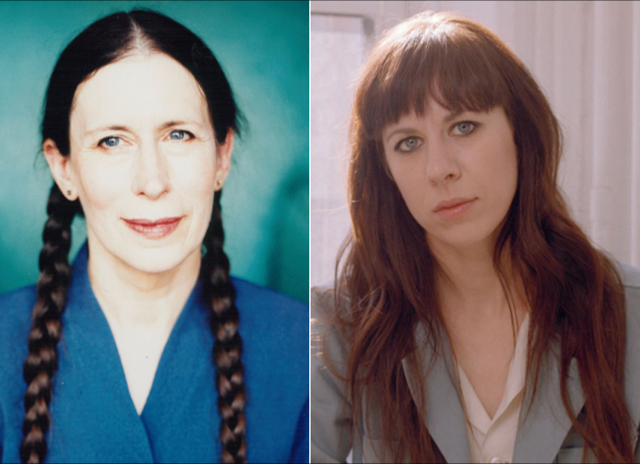 The Composer to Composer series features major American composers in conversation with each other about their work and leading a creative life. The intergenerational discussions, moderated by ACO Artistic Director Derek Bermel, begin by exploring a single work with one composer interviewing the other. Attendees will gain insight to each work’s genesis, sound, influence on the American orchestral canon, and be invited to ask questions of the artists. Events will be live-streamed and available for on-demand viewing for seven days following the live event.

On March 31, Missy Mazzoli talks with Meredith Monk about her work WEAVE, from 2010, of which Monk writes, “I conceived of WEAVE for Two Voices, Chamber Orchestra and Chorus as a continuous, seamless form in which layers that are at first part of a texture are gradually revealed, take on their own life and then are modified by the next layer that appears. Each passage evolves from the preceding one . . . There is an organic build of momentum in each passage of WEAVE leading naturally to the next, as indicated by the marked tempi. The ebb and flow of the piece depend on the relationship of tempi from one passage to another and the balance between the solo voices, instruments and chorus.”

Meredith Monk is a composer, singer, and creator of new opera and music-theater works. Recognized as one of the most unique and influential artists of our time, she is a pioneer in what is now called “extended vocal technique.” Celebrated internationally, her work has been presented at major venues around the world. Over the last six decades Ms. Monk has been hailed as one of National Public Radio’s 50 Great Voices and “one of America’s coolest composers.” Her numerous awards and honors include a MacArthur Fellowship, Officer of the Order of Arts and Letters from the Republic of France, induction into the American Academy of Arts and Letters, the Dorothy and Lillian Gish Prize, and a National Medal of Arts. Most of her music can be heard on the ECM label, including the Grammy-nominated impermanence. Since the early 2000s, Monk has been creating vital new repertoire for orchestra, chamber ensembles, and solo instruments, with recent commissions from the San Francisco Symphony and Carnegie Hall where she held the 2014-15 Richard and Barbara Debs Composer’s Chair in conjunction with her 50th Season of creating and performing. Currently Monk is developing Indra’s Net, the third part of a trilogy of music-theater works exploring our interdependent relationship with nature.

Recently deemed “one of the more consistently inventive, surprising composers now working in New York” (New York Times) and “Brooklyn’s post-millennial Mozart” (Time Out NY), Missy Mazzoli has had her music performed by the Kronos Quartet, LA Opera, eighth blackbird, the BBC Symphony, Scottish Opera and many others. In 2018, she became the first woman to receive a main stage commission from the Metropolitan Opera and was nominated for a Grammy award in the category of Best Classical Composition. She is currently Composer-in-Residence at the Chicago Symphony Orchestra, and from 2012-2015 was Composer-in-Residence with Opera Philadelphia. Her 2018 opera Proving Up, a commentary on the American dream commissioned and premiered by Washington National Opera, was deemed “harrowing… a true opera for its time” by The Washington Post. Her 2016 opera Breaking the Waves was called “one of the best 21st-century American operas yet” by Opera News and had its European premiere at the 2019 Edinburgh Festival. Upcoming commissions include works for Opera Philadelphia, the National Ballet of Canada and Norwegian National Opera. In 2016, with composer Ellen Reid and in partnership with the Kaufman Music Center she founded Luna Lab, a mentorship program for young female, nonbinary and gender non-conforming composers. Her works are published by G. Schirmer.