For 30 years, ACO’s educational programs have positioned music composition as a gateway to creative thinking, problem solving, and self expression. Our long-term Sonic Spark programs nurture the imagination through creative rituals and play, cultivating personal, social, and academic growth. Sonic Spark serves students at every stage of creative development, including those who have never played an instrument before, are learning to write music for the first time, or are on track to develop high level careers as performers and composers.

Sonic Spark by the Numbers

Sonic Spark Lab is a hands-on, arts-integrated program that teaches students to engage with their creativity, using curiosity to grow their imagination and to build an idea from a spark to an artistic realization.

Creativity is ranked among the most in-demand skills for job preparedness. SSL uses music composition, performance, and improvisation as a vehicle for developing creative thinking and complex problem-solving. Students develop tools for approaching academic and professional life with a flexible, adaptable, creative mindset.

The program also encourages and supports students to create original musical works that pertain to their personal identity, lived experiences, and community history. Self-esteem and confidence are nurtured through said connection, as well as through creative collaboration, rooted in a recognition of each student’s unique talents, mindfulness, personal agency/empowerment, and collective decision making.

Program curricula is developed in collaboration with classroom teachers.

“Self confidence. It was a big social/emotional leap for them to show up as their full selves in the group. I saw them improve in their ability to speak up and share their options, and also to give helpful feedback to other members of the group.” ~ SSL Parent 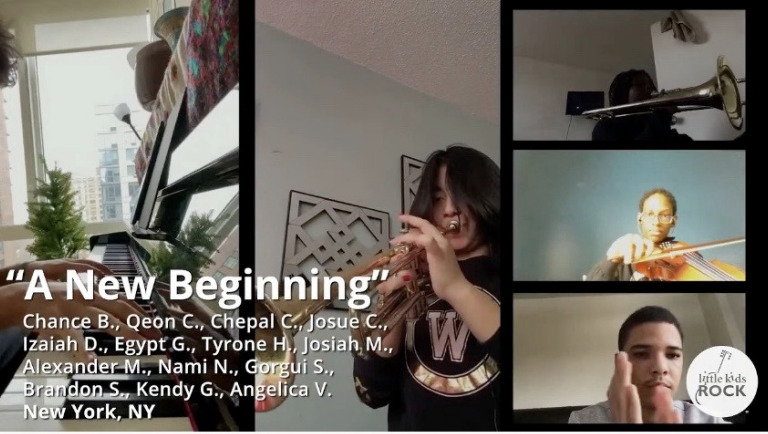 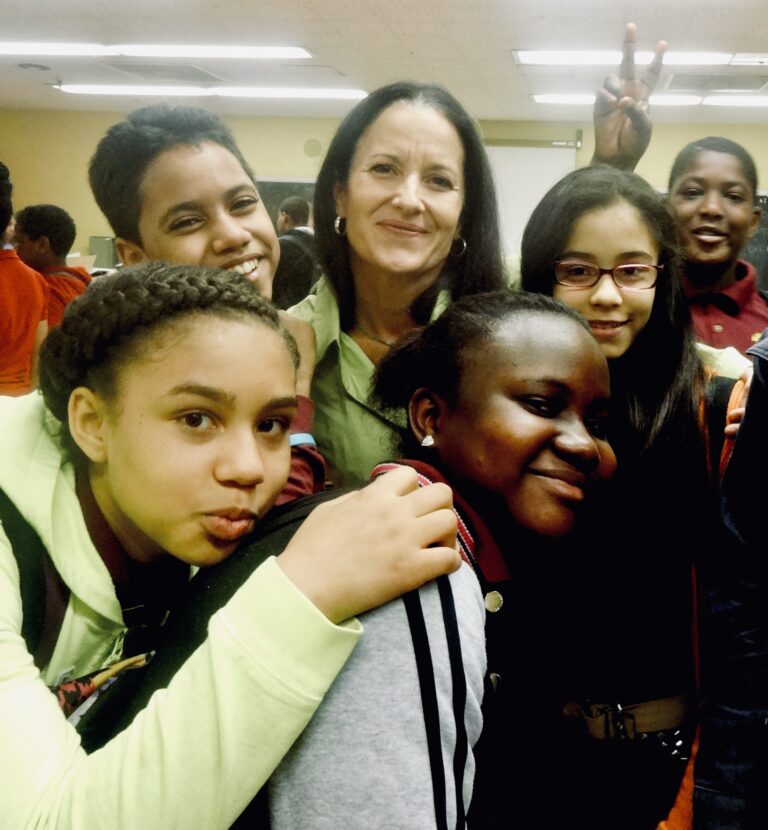 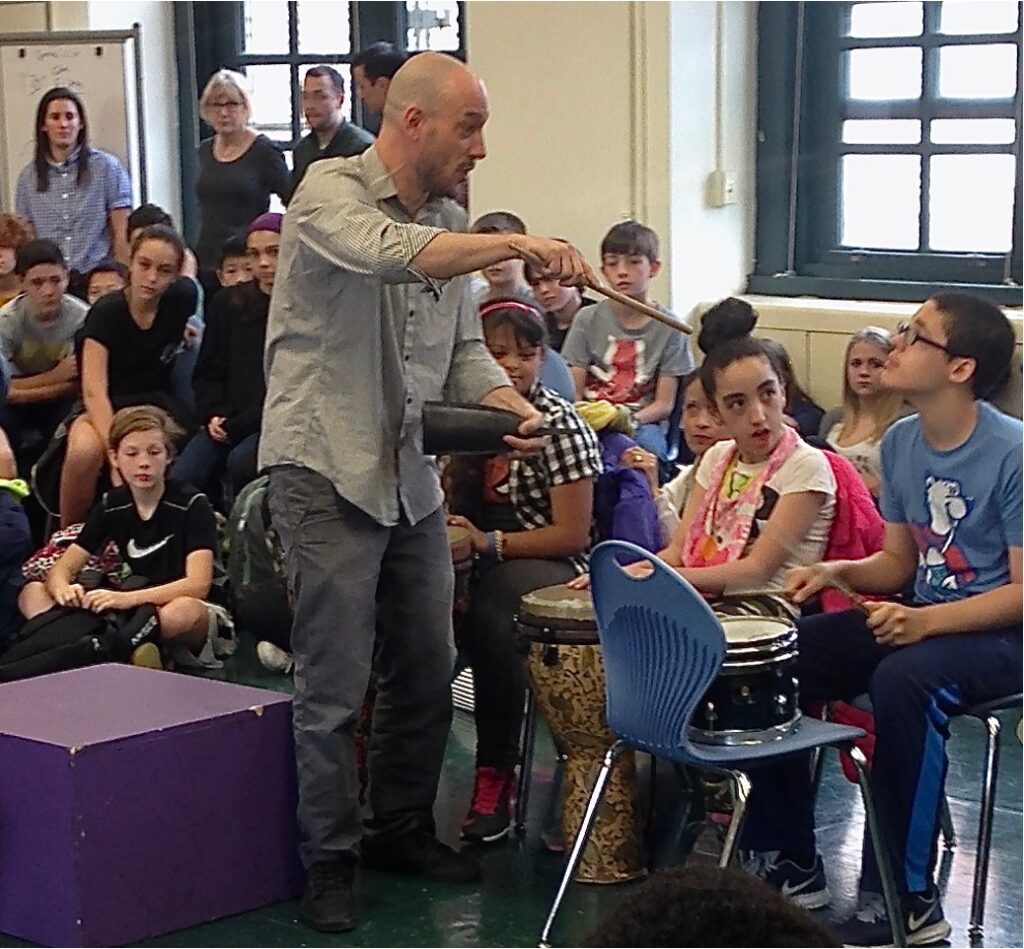 “I cannot be happy enough for all that this organization has done… I am thankful for the artistry my scholars are exposed to along with the professionalism of all the teaching artists. Our scholars love the program.”  ~ Principal Vernon Johnson, IS229 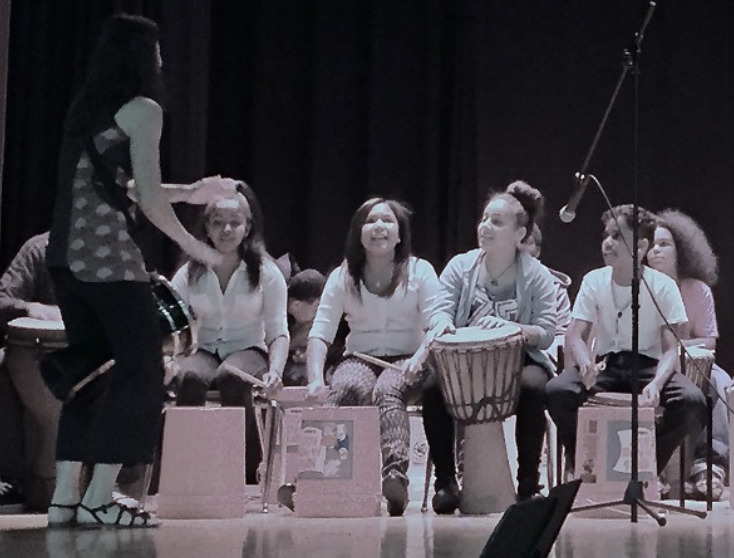 The program is extremely successful in providing transferable skills that enhance classroom learning.

SSE is available to schools with or without active music programs.

Schools with ongoing music programs will see a strong surge in skills and enthusiasm as we use improvisation and creativity to inspire motivation and technical advancement.

For schools without an ongoing music program, SSE often begins as a bucket drumming and/or hand drumming ensemble with a strong focus on identity and heritage.

Compose Yourself provides advanced in-school and out-of-school composition classes to high school age musicians interested in exploring music composition on a deeper level. It is the first step in ACO’s pipeline for rising talent!

Compose Yourself is perfect for high schools with existing music programs, instrumental or vocal.

This program is also available to individuals. 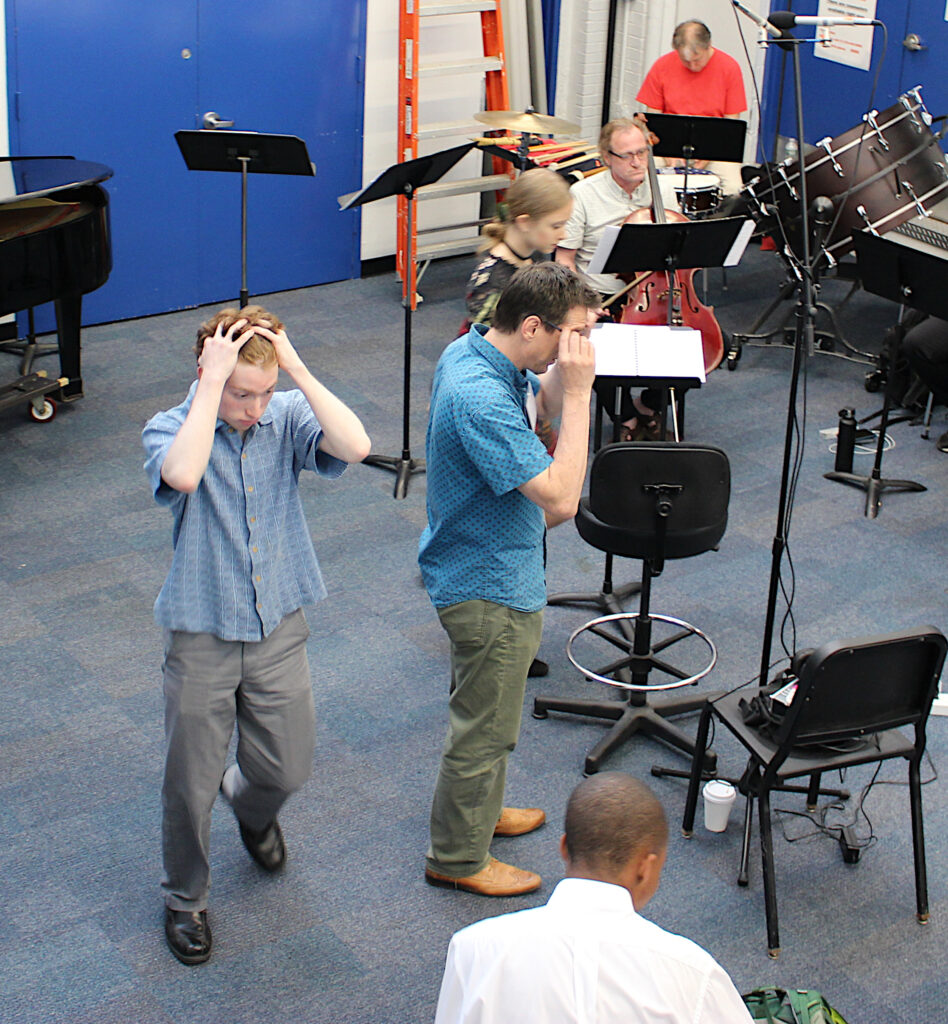 “Since her first semester, [the] class has been [her] musical haven… I also value how this is a musical community… And as an added bonus, her classmates unfailingly inspire her.”  ~ CY Parent 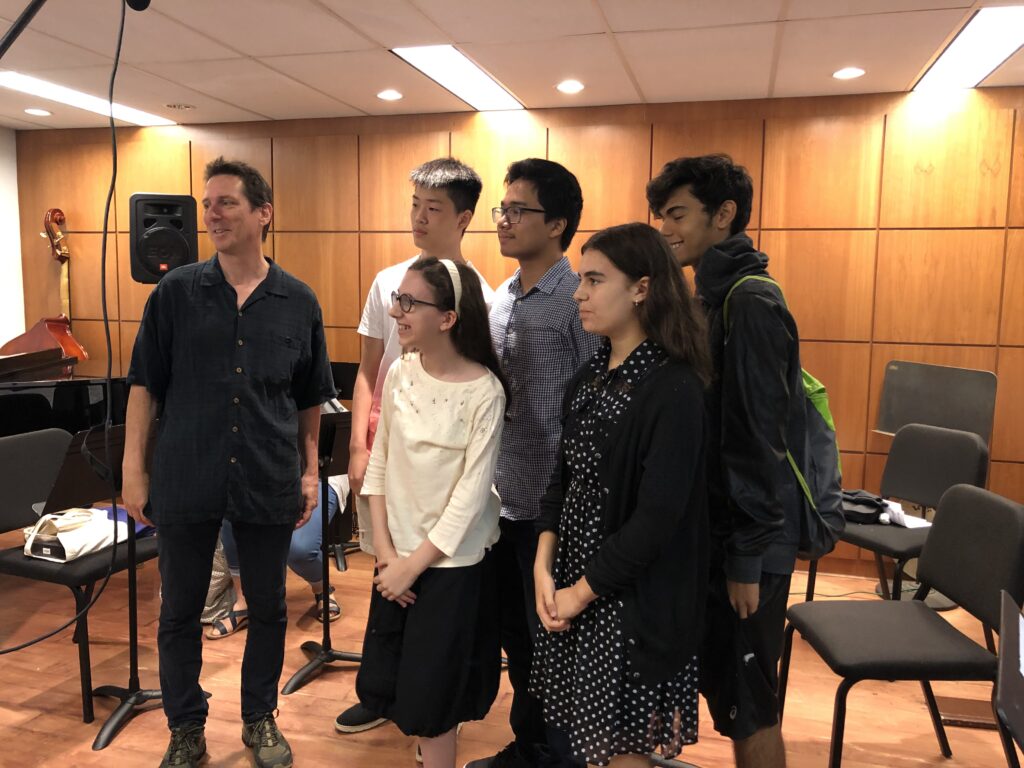 ACO believes in partnership – we work closely with all of our partners to assure the deepest impact and closest possible alignment with the goals and missions of both our communities.

Elizabeth has studied in Cuba with Los Munequitos de Matanzas, and at Conjunto Folklórico Nacional School of Music in Havana. She has been featured in DRUM! magazine and has been studying and performing percussion for 30 years.

Elizabeth has been teaching Drumming for ACO at IS 229 Middle School since 2011(!) and  has also been teaching percussion and leadership skills through The Leadership Program since 2006. 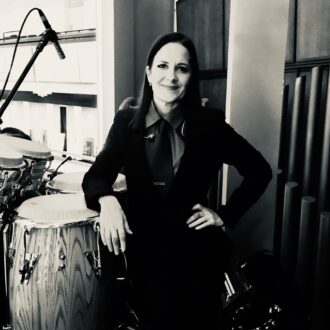 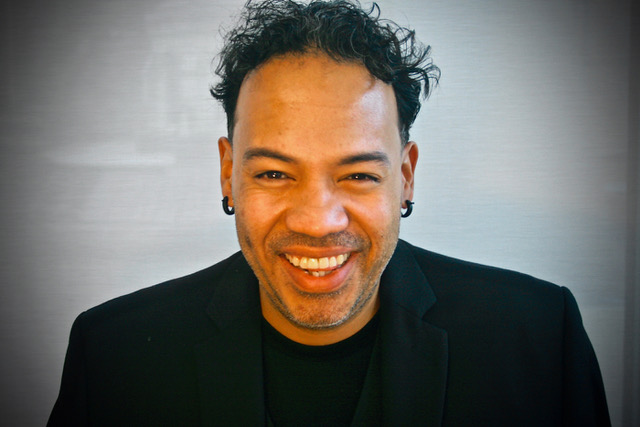 Reinaldo De Jesus is  a  world-class, multi-percussionist. originally inspired  by  the  rich  drumming  traditions  of  Puerto  Rico  and  the  teachings  and encouragement of great percussionists like Giovanni Hidalgo, Anthony Carrillo, Richie Flores and Paoli Mejias.

Reinaldo  attended  the  University  of  Puerto  Rico,  the Conservatory of Music of Puerto Rico, and Berklee College of Music.

Reinaldo  has  worked with  a  wide  array  of  musicians  and  artists, including Antibalas, Sharon  Jones, Lauryn  Hill, William Cepeda and many, many more.

In 2003, as part of the Kennedy Center Jazz  Ambassadors  Program,  Reinaldo  toured West  Africa  with Alto-Saxophonist,  Miguel  Zenon  and  the  Rhythm  Collective.  In  2006, Reinaldo and his group, Rhythmic Prophecies, brought  a multi-cultural, American music experience to Southeast Asia through the ‘Rhythm Road’ program sponsored  by Jazz  at  Lincoln  Center  and  the  Department  of  State. From 2009-13 Reinaldo played in the  band  for  the  Tony Award-winning  Broadway  musical, FELA. Reinaldo  is  currently  based  in  New  York  City  where  he performs,  teaches,  composes, records and produces music.

Tom Nazziola is a composer and performer based in Brooklyn. Tom is  the musical director and composer for The BQE Project, a celebrated New York-based chamber ensemble known for its original compositions performed live-to-film throughout the world.  His music has been performed by ensembles including the Chicago Philharmonic Orchestra, Bang on a Can, and the Eastman Percussion Ensemble.

Tom has received commissions and awards from groups such as the  American Composer’s Forum, VocalEssence, Brooklyn Center for the Performing Arts and most recently the Samuel Adler Grand Prize (2020). As a performer, Tom has played with artists such as Rufus Reid, Dave Liebman, and Bob Brookmeyer. He’s played percussion on Broadway productions including Martin Short’s “Fame Becomes Me” and Disney’s “Newsies.” He’s recorded on the soundtrack for Paramount Picture’s “Mad Hot Ballroom” and on Disney’s “Baby Einstein” CDs and DVDs. 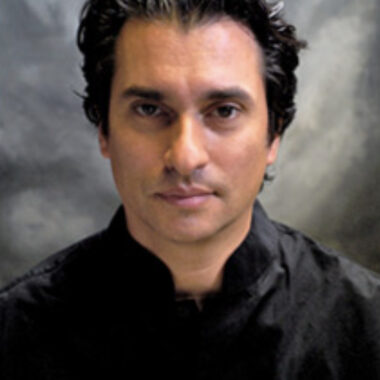 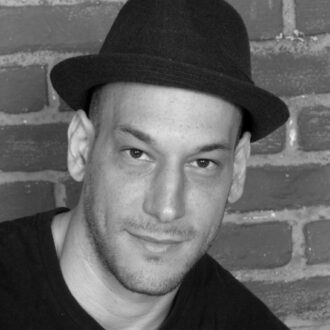 Doron Lev is a drummer/percussionist, vocalist, illustrator, and arts educator. He has recorded & performed with many artists such as Hip Hop legends Newcleus, Ski Beats, Beledo, Eyal Amir, Evil Giraffes on Mars, Uglybraine, & Esko Boogie to name a few. His music has appeared in award winning films such as “Don’t Let Me Drown”, directed by Angeles Cruz.

Doron has been a cast member of “Break The Funk Spectacular!!”, “The Radio City Spring Spectacular”, “Through the Fire” Labyrinth Theater, & serves as MD for “Invincible” & Rennie Harris’ “Funkedified”.

As an arts educator, he teaches percussive arts for American Composers Orchestra in NYC, & is on the teaching staff of University of West London, Zurich campus @Tanzwerk.

Bardfeld’s latest recording, The Great Enthusiasms (BJUR, 2017), earned acclaim from top critics including Nate Chinen who called it “brilliantly odd and altogether lovely” (WBGO, 2017) and Bill Milkowski, who said he “combines a touch of Stuff Smith’s playfulness with a Charles Ives aesthetic – 4 Stars!” (Downbeat, 2017). His book, Latin Violin (Hal Leonard, 2002), is considered to be the authoritative work on the Afro-Cuban violin tradition. Bardfeld has also toured Europe multiple times with his own group. 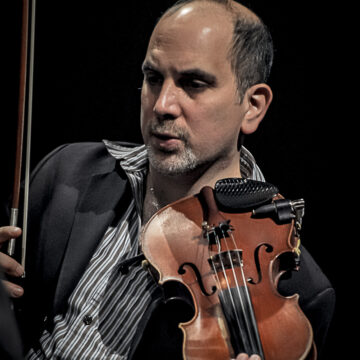 All of our programs are customized to the needs and goals of our partners, both academic and social. We work with our partners to make our programs affordable and accessible. For more information, contact our Education Director, Kevin James directly about getting ACO Sonic Spark programs into your school at 212.977.8495 ext 202; or education@americancomposers.org.