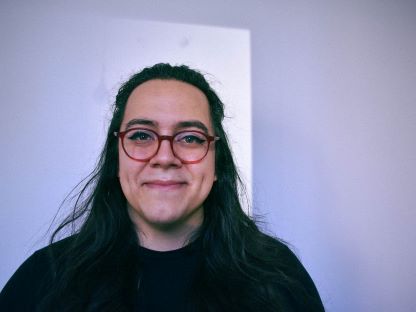 Seven Sides of Fire is a new work for chamber orchestra (35 players) and the Attacca Quartet to be premiered by ACO on October 20, 2022 at Zankel Hall at Carnegie Hall.

The increasing intensity of wildfires in the United States, alongside shifts in mainstream conversations regarding decoloniality, has made clear the need for the traditional Indigenous knowledge of fire ecology. Controlled burns were integral to Indigenous peoples as part of land stewardship and modification; fire was a source of regeneration and cultivation that cleared open areas for grazing/hunting, increased regrowth of foods and medicinals, and decreased the risk of large, uncontrolled fires drawing on built-up fuel. The genocide and displacement of American Indigenous peoples in the past 400 years disrupted the caretaking of the land and introduced the colonial practice of total fire suppression. There have been recent collaborations between government environmental agencies and tribes regarding new fire regimes, but there has yet to be any significant systemic change that would ensure continued access and stewardship by American Indigenous peoples.

Seven Sides of Fire will focus on fire ecology and Indigenous forms of transmission as sources towards new forms of perception-based musicmaking, non-traditional notations, and the building of shared sonic imaginaries. This new work will reflect on the role of fire in natural & cosmological regeneration, while disrupting the dominant Western imaginary of fire as evil, as punishment, and as unnatural. The title refers to a phrase I heard describing the sides of a controlled fire: front, rear, both sides, top, bottom, and interior. This focus on spatiality sparked ideas around organizing and bringing into relationship independent trajectories and processes among various players, organized groups, and whole instrumental families.

Oral transmission and storytelling are core to my practice, building shared imaginaries through inquiry, experimentation, and making through doing. For this work, initial questions might be: how can fire be passed around or transmitted? How does time relate to fire (cycles of burns, stages of breakdown, plant growth after)? What does control mean in a burn? These ongoing guided dialogues will form the basis for the collective interpretation of given materials and gestures within player-driven structures and emergent forms.