Robert Rankin (b. 1994) is an Indiana-based composer who writes music characterized by colorful orchestration, a neoclassical nod to the past, and a deep love of narrative storytelling through music. Commissions and performances have come from the Burning Coal Theater Company, the Lux Quartet, Split The Lark, and in 2015 Robert was named “Emerging Composer” at New York’s Tribeca New Music for his Clarinet Quartet.

Robert was selected for the EarShot Fort Wayne Philharmonic Readings for his piece Nijinsky Dances, which will be workshopped and conducted by Music Director Andrew Constantine in a final read-through on Wednesday, February 7, 2018. Details here.

Robert spoke with us about the piece and what he looks forward to at the readings.

American Composers Orchestra: Your piece Nijinsky Dances is named after 20th-century choreographer Valslav Nijinsky, who choreographed landmark ballets such as Debussy’s L’après-midi d’un faune, Strauss’ Till Eulenspiegel, and Stravinsky’s Le Sacre du Printemps. Trying to set aside the incredibly evocative scores, is Nijinsky’s choreography something you take inspiration from as a composer?

Robert Rankin: I thankfully figured out in my undergrad that an “artist” can learn a ton about the creative process by watching people from the other arts do their thing. For instance, taking a poetry class taught me so much about how to think about form and narrative in a unique way and how that relates to music. Regrettably, I know very little choreography but the one aspect that continues to shock me is that there is no formal notation per say for preserving ballet. So in turn, as a composer, it makes me think that the product that the audience hears (sees in the case of dance) is more important than the notes on the page.

Specifically speaking of Nijinsky’s choreography, I think most people are familiar with his work in Le Sacre, but there is this amazing video on YouTube that shows the original choreography for L’après-midi d’un faune and it is as radical if not more so than Le Sacre. It was really surprising to me! I watched a lot of really grainy archival footage of Nijinsky while writing the piece. 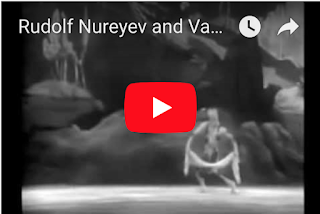 ACO: You write in your program notes that the piece makes subtle reference to the masterful orchestration of these scores. Can you talk about the ways in which you do this?

RR: The way I basically learned how to compose was by checking loads of scores out of the library when I was in high school. Most were large orchestral scores so I’ve been in love with this quintessential early 20th century style of shimmering, colorful orchestration for a long time. Ravel, Stravinsky, and Debussy all had an uncanny sense of mixing orchestral colors in a brilliant way but never overloading the entire piece with constant tutti passages to weigh it down. In turn, in my piece, I tried to give the orchestration that colorful shimmer and gestural flare that is so iconic in those early ballet scores of especially Ravel and Stravinsky. And there is a section about a quarter way through that is just straight up quotation of Petrushka and Daphis and Chole (just as nudge nudge wink wink moment to the audience).

ACO: What are you looking forward to about the workshops and readings? What aspects of Nijinsky Dances do you hope to improve or fine tune?

RR: I’m really looking forward to the whole experience to be honest. I hope to sponge up as much information as possible. The people I know that have been through similar Earshot Readings have had nothing but positive things to say about the entire experience. Additionally, this has given me the opportunity to rework a few moments in Nijinsky Dances that didn’t quite work when it was initially played.

The EarShot Fort Wayne Philharmonic Readings culminate in a final read-through which is free and open to the public — Wednesday, February 7, 2018 at 7:30pm. Details here.