SoundAdvice sits down with Haralabos Stafylakis, one of the composers selected to participate in ACO’s 23rd Annual Underwood New Music Readings on June 6 and 7, part of this year’s inaugural NY PHIL BIENNIAL celebration. His work Brittle Fracture attempts to depict an unusual type of material structural failure in musical terms, and is inspired by techniques commonly employed in pop music production. 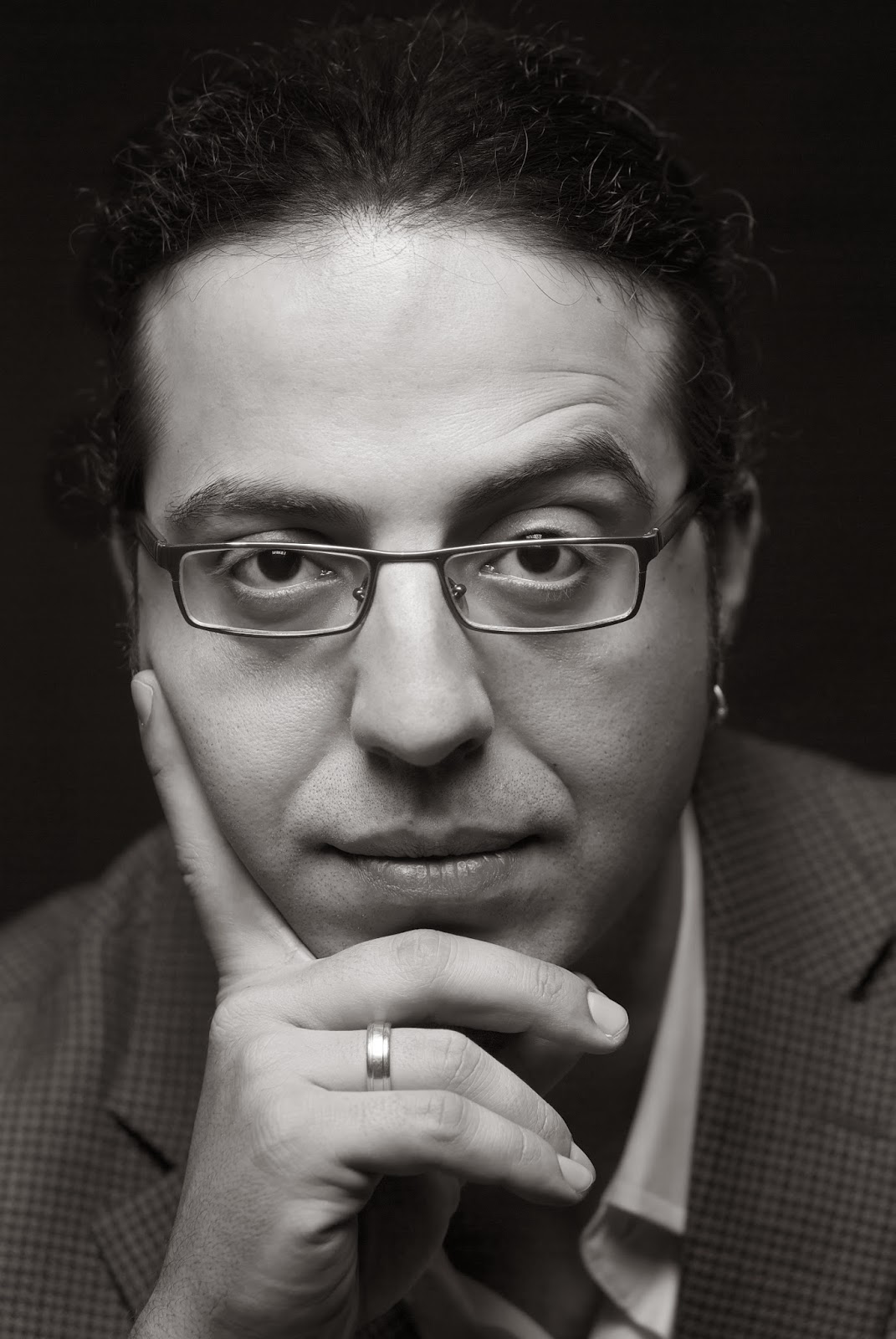 American Composers Orchestra: What was the inspiration for your piece that will be read by ACO at the Underwood New Music Readings?  How has that been incorporated into the work?

Haralabos Stafylakis: The inspiration for Brittle Fracture (2013) came from multiple sources.  One thing that I don’t mention in the program notes for the work is how the main theme and my orchestrational approach were inspired by electronic effects typically used in popular music styles.

The principle theme of the work – a 2- to 4-note repeating figure – came about as I was sitting around one day with my electric guitar in hand. I’d been listening to a lot of beautifully-produced metal and pop music at the time, and on a whim put an exaggerated delay effect on my guitar amp.  I fiddled around with the instrument, playing the simplest possible musical ideas and seeing how they were transformed in time by the prominent delay effect.  Eventually I settled on the motive that is heard throughout Brittle Fracture, but instead of relying on electronic manipulation, I orchestrated the delay effect using traditional instruments.

Likewise, the gradual introduction of the orchestral instruments was based on a sample-and-hold audio circuit, which functions by tracking an incoming stream of voltage values, selecting one, and freezing it for a short time; it then selects another value, and so on.  In Brittle Fracture, the piano begins with the above-mentioned theme on its own.  The orchestra functions as a set of parallel sample-and-hold circuits: it “tracks” the piano part, and every so often an instrument captures one of the piano’s pitches, holding it indefinitely.  A different value (pitch) is captured every time, so that there is an accumulation of sound across the orchestra’s range; the interactions between the captured pitches informs a good deal of the piece.

Finally, the title of the work was borrowed from the field of materials science.  The study of fracture mechanics makes a fundamental distinction between fractures that occur at different levels of tensile stress.  In the case of brittle fracture, there is little or no apparent plastic deformation before failure occurs; in other words, cracks travel so fast that it is often impossible to tell when the material will break.  Formally, Brittle Fracture attempts to depict this type of structural failure in musical terms.  As musical tension builds to a critical level, a series of fractures occurs, slicing between two contrasting musical surfaces until the inevitable and complete dissolution of their constituent materials.

HS: My first thought was to go home and make some inspired celebratory cocktails for myself and my wife [composer Nina C. Young, who participated in Underwood in 2013] and to see how long I could withhold the news from her while maintaining conversation.  I think we were halfway through our first drink before I casually let the news slip.  My second thought was how excited I was to hear Brittle Fracture be performed by a symphony orchestra.  My third thought was despondency at the amount of work I’d have to put into making orchestral parts.  My fourth was how much this opportunity was worth the labor.

HS: Brittle Fracture was originally composed for chamber orchestra during my residency with the CUNY Graduate Center’s Contemporary Music Ensemble.  I began adapting it to symphony orchestra during my residency at the New Music on the Point festival last summer.  But since this new version has not yet been performed, I’ve spent the past few weeks refining the score to make it as impactful – and playable – as possible.  I’ve been to several ACO concerts and have at least some sense of what would work best in a reading situation with minimal rehearsal, so I’ve been tailoring my notation for maximum clarity.  Part of the process with the Underwood readings is that professional engraver/typesetter Bill Holab studies our scores and parts and provides us with his recommendations on how to improve them; this has been an invaluable service to me.

ACO: During the Readings your work will be workshopped with George Manahan, mentor composers, and ACO musicians. What do you hope to gain from this experience?

HS: Something I’ve come to learn throughout my experience as a young composer and arranger is how complex the orchestral medium really is.  No matter how many orchestration textbooks I study or courses I take, the actual interactions between the orchestra’s multitudinous instruments rarely come out quite as I imagine them.  As I’ve learned from one of my mentors, David Del Tredici, effective orchestration can’t quite be taught – it must be learned from the personal experience of hearing one’s work performed by a live orchestra.  The Underwood New Music Readings offer an incredible opportunity to hear the results of my imagined orchestration in rehearsal and in performance.  With score in hand, and with the added perspectives of maestro Manahan, the ACO players, my colleagues, and the mentor composers, I expect to leave with a deeper understanding – and a stronger command – of the orchestral medium.

ACO: Is there anything you’d like the audience to know about your piece in advance? Anything you hope they take away from hearing it?

HS: Until this piece, my compositional approach was based on a dialectic narrative process between musical themes that could be thought of as characters in a novel or film.  A first theme is presented, it evolves and develops until another theme is introduced, which itself evolves, etc. Eventually the various themes meet, interact in various conflicting or complimentary ways, evolving together…

Brittle Fracture eschews that tradition.  A theme is presented at the beginning and remains essentially unchanged throughout the work, with only subtle mutations occurring in its cellular design.  Instead, it is the musical environment around it that changes, constantly altering the context within which the invariable theme is heard.  I imagine its journey through the work as an analogy for humanity’s progress through history: physiologically, our species has changed very little over the past tens of thousands of years, but we’ve altered the world around us so persistently and thoroughly that the various stages of our civilizations bear little resemblance to each other.  I think this would be a fruitful way to listen to the piece: follow that one theme from beginning to end and listen to how the world around it morphs.