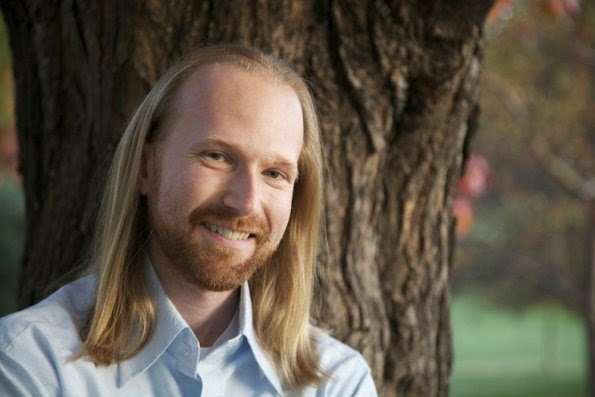 SoundAdvice checks in with composer Nicholas Omiccioli, who is about to participate in the second installment of the Berkeley Symphony EarShot Under Construction Readings on May 4 and 5, 2014 at the Osher Studio in Berkeley, CA. Nick brings his work burning to the Readings with the Berkeley Symphony conducted by Joana Carneiro. We catch up with him to find out how the first Reading session went back in February, what he learned, and how he’s preparing for the next and final Reading sessions next week. Read on to find out what he’s been up to and listen to push/pull (2013), the piece he describes as “an exploration of rock music’s influence on my compositions,” and the precursor to burning.

American Composers Orchestra: What is the most valuable piece of advice that you received at the first reading session with the Berkeley Symphony in February?

Nicholas Omiccioli: The most valuable advice I received was concerning the individual parts for the musicians. I ended up having too many cues and it was suggested that I take most of them out and give the musicians multi-measure rests instead. They seemed more comfortable counting than trying to follow along with who was playing.

ACO: What was the most surprising or unexpected experience of the session?

N.O.: Some of my experiences with orchestras in the past have been less than ideal, so I went into this situation with some reservations. Fortunately though, I was happily surprised with how supportive and helpful the musicians were with their feedback. It felt like a true collaboration. I thought the rehearsal was extremely productive and the orchestra surpassed my expectations in every way. They nailed the character of the piece and all the difficult passage-work I wrote for them. The piece came together rather quickly and wouldn’t have taken much more rehearsal time to be performance-ready.

ACO: Have you made many changes to your piece since the reading?  If so, what has changed?

N.O.: I only had a draft of the piece back in February, so there have been a number of edits and additions. The initial draft was missing a transition and an ending. For the performance in May, I’m happy to say that the piece is completed, although, I anticipate a few small edits after the reading before I officially call it “done.” Other than the additional material, the most drastic change is the deletion of almost a hundred measures of music. During the February reading, I thought one of the sections was too square, repetitive, and quite frankly, “cheesy.” It worked out surprisingly well to delete this section and I think the overall shape of the piece improved because of it.

ACO: Is there anything you’d say to other composers about the process of working with an orchestra? Any insights you would like to offer?

N.O.: I was truly inspired after working with Joana and the Berkeley Symphony, they made this one of the most rewarding musical experiences I have ever had. I think it takes composers a few test runs with an orchestra to learn how to write for them and what’s expected in rehearsal. You have to be good at thinking on your feet. Having written mostly chamber music before this opportunity, the best advice I have for composers is to simplify your ideas and present them in the clearest way possible.