SoundAdvice checks in with composer B. P. Herrington, who is about to participate in the second installment of the Berkeley Symphony EarShot Under Construction Readings on May 4 and 5, 2014 at the Osher Studio in Berkeley, CA. B. P. brings his work A Region Lovelier Far, which he describes as a poem about his native region in East Texas, to the Readings with the Berkeley Symphony conducted by Joana Carneiro. We catch up with him to find out how the first Reading session went back in February, what he learned, and how he’s preparing for the next and final Reading sessions next week. Read on to find out what he’s been up to, and listen to him sing the original version of a folk song he references in A Region Lovelier Far.

American Composers Orchestra: What is the most valuable piece of advice that you received at the first Reading session with the Berkeley Symphony in February?

B. P. Herrington: I mostly needed advice to get my “fiddling” sections right. The riskiest aspect of my February test-run was the integral incorporation of fiddling techniques, especially the shuffle of the bow and the ornamentation. This was risky aesthetically since I’m absorbing the techniques into my own language which is not tonal or characterized by steady pulse (the last thing on earth I want is a literal representation or an evocation of Americana). In addition to my own inborn sense of ornamentation and color, and messing around with my own fiddle, I picked the brains of Texas fiddler Howard Rains.

He played tunes for me (to my delight) and I asked him question after question in order to understand the technique from the inside-out. In the first EarShot reading, I strove to see how much intricacy I could involve the entire string section in: that turned out to be very tricky! After reading the musicians’ feedback forms and talking to the string section leaders and my EarShot mentors Robert Beaser and Edmund Campion, I tackled this problem. I’ve since thoroughly revised these sections with ample use of divisi strings, so the first couple of stands take the truly intricate material and the other stands have pared down material (but still with the shuffle!).

ACO: What was the most surprising or unexpected experience of the session? 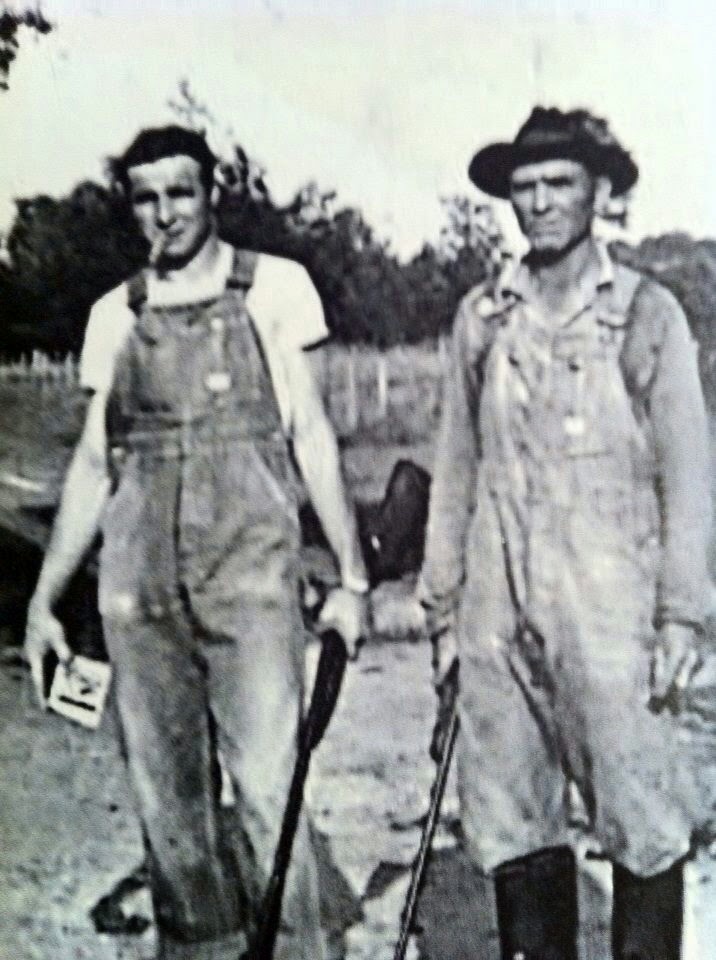 B. P. H.: The way I’ve refracted these native (folk) materials caused an unexpected cognitive dissonance for some of the string players. One of the sections is called “Ike Ard’s Fiddle” named for a fiddle that came down through my family from my great grandfather, Ike Ard (in the photo to the right, with my grandfather LG Ard near the Tyler County line in Texas). I suppose this heading set up expectations for something that would sound like Mark O’Connor’s music, and some of the players, though they all played the heck out of it with great commitment, found my abstraction and fragmentation to be a drawback. On the other hand, many loved it and asked for more. In the end, I didn’t change my tune, so to speak, but I did learn a lesson about communication of intent! At any rate, the audience will be able to pick out certain tunes that spill out while I’m writing – all of them from my home area in the Big Thicket of Texas.

Listen to B.P. singing the original folk song That Blood, which is referenced in his orchestral work A Region Lovelier Far:

ACO: Have you made many changes to your piece since the February Readings? If so, what has changed?

B. P. H.: The first reading featured only four distinct episodes of the musical narrative, and all of these relied on chamber texture. I’ve now spun out the entire musical story. Well, it’s more of a poem, really. There are now full-bodied orchestral sections (introduction, transitions, and conclusion) that give the narrative some kind of sweep. Though many of these new sections are very tightly contrapuntal, I relaxed and wrote a laid-back Gospel section called “Altar Call” that evokes slow highly emotional Pentecostal music I heard growing up in our small church – a type of music meant to compel folks to come down to the front of the church and get the Holy Ghost.  (And, in fact, a section near the end captures the ecstasy of speaking in tongues.)

ACO: Is there anything you’d say to other composers about the process of working with an orchestra? Any insights you would like to offer?

B. P. H.: In writing orchestral music, there seems to be a happy medium between dreaming big and being practical. But it starts with the big dream. After that, you can work (through humility and common sense) toward the practical solution.