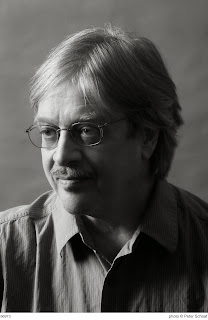 Composer Fred Lerdahlwill help launch American Composers Orchestra’s new season with his composition Spirals, which will be performed at ACO’s Orchestra Underground: Adding Fuel to the Fire concert on Friday, October 25, 7:30PM at Zankel Hall, Carnegie Hall.  Fred Lerdahl wrote to ACO about the inspiration for his composition and the challenges he faced in creating Spirals.
American Composers Orchestra: What was the inspiration for your composition?  Can you tell us about your creative process for this piece?
Fred Lerdahl: My initial inspiration was a restless flurry of rocking fast notes bouncing off a harmonic progression in search of resolution. This idea evolved into the energetic and brilliant first movement. My second inspiration was to create a piece in which the entire texture and form emerged from a lyrical, expressive, and increasingly urgent melody. This idea grew into the second movement. I developed these ideas using my spiral method of composition, in which a simple idea gradually proliferates into a complex form.
ACO: Did you encounter any unusual challenges in writing this work? If so what were they and how did you resolve them?
FL: Initially I tried to combine the two inspirations within a single movement; but they needed separate development, so Spirals ended up in two movements. It took me awhile to realize that two movements were necessary. I built the melody of the second movement out of the harmonies of the first, so that the two movements exist in a complementary relationship.
A particular challenge was my wish to reverse, a little over halfway through each movement, the outward spiraling process into an inward, collapsing spiral, while at the same time continuing the development of musical material. The great intensity of Spiralsis a consequence of these opposing forces.
ACO: What are you looking forward to about the performance of your piece at Carnegie Hall by the American Composers Orchestra?
FL: ACO is a marvelous ensemble, and I have never worked with the distinguished conductor Robert Spano. I am eager to hear Spiralsunder such excellent conditions.
ACO: What should the audience listen for during your piece?
FL: Spirals is a colorful and expressive piece. Listen attentively and without preconceptions.
Post Views: 91