We are just days away from the first of five FREE and open to the public laboratory workshops as part of the coLABoratory: Playing It Unsafe program, the first and only research and development lab for cutting-edge new American orchestral music encourages composers to do anything but “play it safe.” A season-long collaboration will allow composers Du Yun, Troy Herion, Raymond J. Lustig, Judith Sainte Croix, and Dan Visconti, to create new music of no-holds-barred experimentation. The first of five free public lab-workshops is Tuesday, Nov. 13 at Mannes College for Music. The project culminates April 5, 2013 at Zankel Hall. You can read more about the program and make your reservation by clicking HERE. Also check out the coLABoratory video and audio excerpts from each of the composers on the page. To give you a little tast of what these emerging, experimental composers will be doing I wanted to post their short program descriptions. Enjoy! 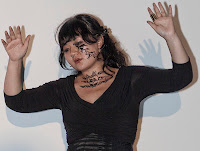 In today’s world, a massive amount of products are digitally altered, our senses are over-loaded, hyper fast, and hence, altered and mutated. For this project, I would like to challenge myself to investigate a frozen point for the orchestral sound, a gradient palette underneath a hyper slow movement.

In summer 2011, I made a sound design for visual artist David Michalek’s “Portraits in Dramatic Time.” It is a video installation that used ultra-high-speed, high-definition cameras to record several well-known theater and film performers in a scene. In other words, the visual sequences were not digitally altered. The project slows the frames to display each emotion in larger-than-life detail as it is projected onto a screen that’s 85 feet wide and 45 feet high. The work was presented as part of Lincoln Center Festival, utilizing the façade of the David H. Koch Theater as a media canvas.

While the music, mostly as sound design at the time, was broadcast over wifii to the public, I was hoping I could write for an acoustic chamber orchestra to truly investigate the detailed nuance relationship between the acoustic world and the visual processing image, that both are not digitally altered a bit. For the music, I wonder what I could do to showcase a frozen phrase, elongated gestures elongated, without any digital aid.  Like a glacier, things are never quite frozen. Within these constraints, dramatic narratives were condensed down to an essence.

Michalek’s Portraits are 40 shorts, I’m choosing two shorts to write for ACO. Months ago, someone took the Alan Rickman’s short off from David’s website, uploaded on YouTube, without consent. The shots were reached beyond 10, 000 hits over night. The said person took music from the movie Inceptionand it seems that people loved it. Now things get particularly interesting for me.  I decided to choose that same short again, diffusing the boundaries between to the viral and the real world. The first short featuring the Chinese Kunqu Opera singer, Qian Yi. 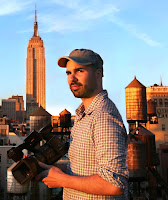 What happens when a composer becomes a filmmaker? The elements of music—phrasing, counterpoint, rhythm, harmony—are made visible.

New York City Symphony is a visual-music film and composition that unites contemporary orchestral music with images of New York’s urban landscape. Inspired by synaesthesia—where one sense becomes intertwined with, even indistinguishable from, another—this composition invites the audience to see sound and hear images.

As composer/filmmaker, Troy composes music with images in ways similar to composing with sound. Colors are organized as chords, shapes move as melodies, and visual dissonances strive for resolution. Compositional ideas travel between orchestra and film in perceptible ways, achieving a larger canvas where music can play out visually, aurally, and sometimes as a new, combinative element. Finding inspiration from early 20th-century city-symphony films, New York City Symphony will treat the living, breathing organism of the city as its subject. Seen through the eyes of a composer/filmmaker, the metropolis is transformed into a multi-sensory musical symphony. 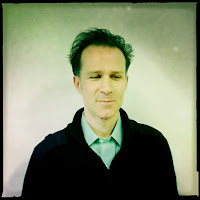 Ray will create a new project that explores the indefinite time-interval and incremental canons that can arise from latency–the slight, and often unpredictable, delay in signal transmission. Though musicians today are certainly using videoconferencing to play ideas for one another, it hasn’t yet taken off as a way for musicians living apart to actually play together because of the lingering problem of latency.

For musicians remotely playing together via videoconferencing, and responding to both visual and audio cues, each of which may have its own unstable degree of latency, it would be impossible to stay together. Ray’s piece will capitalize on latency, using unpredictable delays experienced through ordinary videoconferencing as its canonic time intervals. The cycle of lateness would be ever-increasing, as each musician tries to play along with the delayed version of what their remote counterpart has played, in an unstable feedback loop.

This will work with parts of the orchestra onstage while other parts are offstage on camera, possibly even in another city, country, etc. and possibly, with a sister ensemble or players in a faraway place. The piece would require two or more laptops (depending on the number of “voices” in the canons) equipped Skype or a similar videoconferencing application, microphones, amplification, and AV projection to an overhead screen that would allow the players and the audience members to view the voices of the canon.

Vision V by composer Judith Sainte Croix will integrates three non-orchestral instruments into the orchestra – the populist electric guitar, ancient pre-Columbian flutes and the non-ordinary sound palette of the synthesizer. “Events” containing textural freedom will contrast with moments of rhythmic and contrapuntal precision.

The development of the “events” envisions musicians, conductor and composer as a collaborative community designing musical equivalents for terms like “infinitude” and “joy.” Abstract digital imaging suggesting the auras of the musicians photographed during rehearsal, will play along with the music in the concert. The music will literally extend into the audience in the penultimate moments when concert goers will be invited to participate.

Vision V is the fifth in a series of compositions by Ms. Sainte Croix that combines traditional classical instruments with indigenous instruments of the Americas. The Sonora Trio  – Andrew Bolotowsky, indigenous flutes of the Americas, Oren Fader  electric guitar and Judith Sainte Croix, synthesizer will perform with the orchestra. The abstract digital images will be derived from photography by Claudia Miranda with design support from Marcelo Mella. 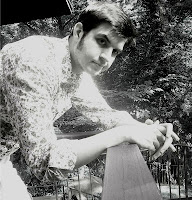 My new work in collaboration with experimental filmmaker Simon Tarr will blend instruments of the orchestra with sounds from obsolete analog technology. My earlier compositions have been inspired by the artifacts of sound production, but this new work for the American Composers Orchestra will explore the interaction of live acoustic instruments and technology on a much larger scale, featuring parts designed to be performed on modified vintage Speak & Spell and Speak & Read toys and an old 50’s “noisebox” that will integrate with traditional orchestral parts and video. The piece will explore the audio/visual interactions of these electronic devices with extended orchestral techniques informed by the same affectingly crude electronic timbres.

The composition will employ a visual element allowing me to express ideas in a new way leading me to new sonic landscapes. The new work will create a unique texture through reimaging familiar, nearly-forgotten sounds: an exploration of the expressive power of obsolescence.