Yesterday was an action-packed, highly eventful day of travel, meetings, readings and discussion here in Memphis. The focus of the event, the actual readings, took place at the Clark Opera 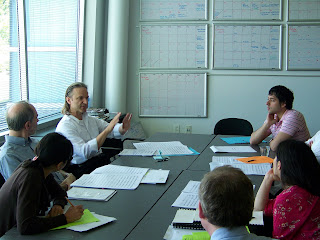 Center in Memphis. The late hour of the readings, 7:30-10:00 PM, did nothing to deter the focus and proficiency with which the Memphis Symphony read. David Loebel was terrific as well. To my surprise, an audience of about forty or so interested concert-goers was present, which gave a late-stage rehearsal feel to the event (almost like an open dress rehearsal). Patricio DaSilva’s piece (in three movements) and Christian Baldini’s elapsing twilight shades, a single movement work, were informed by two almost diametrically opposed aesthetic stances. The orchestra impressed with its ability to adapt to the different sets of challenges posed by these works. Today Melinda 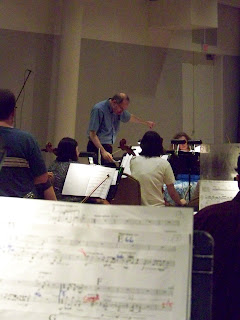 Wagner and I will give our commentary and critical assessments to Patricio and Christian and then we go straight to round two with the other two composers being read, Andreia Pinto-Correia and Jean Ahn. More on those sessions later…